The evolution of Australia’s flora begins with the continental drift that divided all the continents of the world into separate land masses. As an isolated island, its flora flourished undisturbed for centuries. A flood that covered the entire continent acted to divide it and created four separate islands, which helped gave some of the soil in Australia its alkaline base.

Evidence that the flood occurred, covering the landmass with a seabed and marine life, is seen in the Outback. Fossilized sea organisms and mollusks have been found in this part of the country and the soil there is acidic. During this time, the flora of each separate island developed and flourished, with each area developing its own unique catalog of plants.

After the flooding ended, there was a demarcation between all of the islands due to limestone embedded in the soil. Since there was a difference in the soils between all of the islands, the flora that existed in each area could not migrate to another island. They could not survive the differences in soil. Also, once the waters subsided, evolution sped up and new plants began to grow in areas where new land was available.

The Ice Ages had little effort on plant life in Australia because it was warmer there than most other areas of the world. While some parts of the world had ice in excess of 3000 meters thick, the Australian continent had a fairly shallow ice coverage of 10 meters. However, a wide-spread drought that took place around 5,000 years ago and lasted for several centuries. The effects of it caused several extinctions among the country’s flora and soils also migrated during this period.

There were areas of the landmass that were mostly unaffected during this time and retained more moisture than other parts of the large island. These areas included:

The flora was able to adapt quite well to the change in climate and it was able to diversified continent-wide. 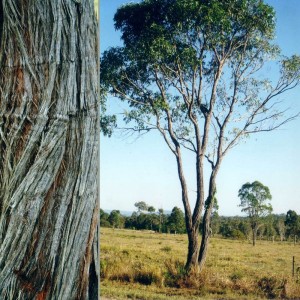 The most recognized plant in Australia, the Gum Tree or the Eucalyptus, was thought to have evolved during the dry periods on the continent and became a major part of the continent’s landscape. The drought helped to spread and diversify the Eucalyptus across the country. Today, there are over 700 species of Eucalyptus, most of which are native to Australia.

The flora of Australia are unique and approximately 80 percent of their native species are exist only in Australia while 30 percent of the native genera exist only on the continent. With its isolation, many scientists thought of it as a desolate area with no good flora species of its own. This caused Australian flora to be classified in one of three ways:

Most scientists thought that most vegetation in Australia either came from the northern countries of Malaysia, Indonesia or Asia and, in the south, from Antarctica.

The classifications have been changed and there are now two categories:

The flora of the continent evolved from the relictual forests.

There seems to be a common ancestry suggested by similarities that exist between Australian and Indian rainforests. The rainforests in India and Australia have 47 genera in common. Australia also shares 41 genera with Papua New Guinea. Along with this shared ancestry of the rainforests, there are also some species that migrated to the area due to seeds being transported by the wind, such as some orchids.

Flora Evolution From the Rainforests

The climate in Australia during the Tertiary period was mild and most. The entire continent was most likely covered with vegetation similar to that of a subtropical rainforest. The forests evolved from Gondwanan rainforests and they were the predecessors of the rainforests of Madagascar, India, Africa and South America. The flora of the Australian rainforests at this time is often referred to as Pan-Australian.

The proof that the entire continent was covered by rainforest comes from fossils that were found of the only holly that is native to the country. This holly, known as Ilex arnhemensis, now only grows in the lowlands forests in northern Australia, but its fossils were found all over the continent.

As the climate began to change, the vegetation evolved. While the subtropical vegetation persisted in some areas, a cooler climate rainforest grew as well. Areas with soil poor in nutrients saw the evolution of eucalyptus and acacias species. The idea that Australia was the origination of the Gondwanan rainforests is due to the number of primitive plants that still exist today in the forests, especially in Queensland.

There are approximately 19 plant families that are considered to be among the most primitive plants in the world. Of these 19, 13 of them are found in Queensland. This gives Australia the distinction of having the highest concentration of primitive plant families found throughout the world. One of the world’s oldest vascular plants, the psilotum nadum still grows in Australia today and it is a native of the Queensland area.

Sclerophyllous, or dry-country, vegetation is the most dominate type of vegetation on the continent and it was evolved from the Gondwanan forests, including Eucalyptus and Acacias. As these two species began to become more dominant throughout the landscape, the rainforests began to decline. They were able to thrive because they adapted best to the frequent fires that began to occur in Australia. There are approximately 900 species of Acacia in Australia, along with the nearly 700 species of Eucalyptus.

Humans have had an impact on the flora of the country as well. Aborigines, which colonized Australia about 38,000 years ago, are thought to have made a contribution to the evolution of flora on the continent. These natives of Australia were known for their habit of burning, which was noted by the increase of charcoal deposits in fossils recorded at around the time period. The burning helped to renew the bush areas of the continent.

Fire-stick farming, as it was called, by the Aborigines is thought to have destroyed the Araucarian forests and restricted Dacrydium to Tasmania. This practice, along with a dry climate, may have also have contributed to the high degree of dry-country vegetation that evolved Australia. In order to survive and thrive, many species had to become fire-resistant or fire-dependent.

The arrival of Europeans to the continent in 1788 also contributed to the evolution of flora in Australia. Agricultural practices that were brought over by Europeans made significant changes in plant life. Despite the fact that Aborigines managed to live off the plants and animals native to the continent, the British who arrived thought the land was too barren and the climate too hostile to supply them with an adequate amount of food.

The settlers knew they couldn’t sustain themselves solely on imported goods because it took eight months to cross the ocean from England to Australia. The ships of the First Fleet, lead by Captain Arthur Phillip, brought over livestock, plants and seeds to ensure the survival of the British settlers. Among the plants were Prickly Pear and Spanish Reed.

After his arrival, to help make sure the settlers could arrange, Capt. Phillip ordered that the land surrounding Sydney Cove be cleared so they could start farming in order to raise crops. Many of the trees cleared were Eucalyptus trees. Even though they had several years were the settlers were on the verge of starvation because they were unfamiliar with the climate and land, by 1800, they were beginning to be able to be self-sufficient and grow enough crops to survive. However, this progress had a negative impact on the flora, as well as the natural resources, of the area.

The British did import several species of plants to Australia, including the Scotch thistle, the Prickly Pear and blackberry bushes. These plants often overtook the area they were planted in and impacted the native flora species of those areas. The Prickly Pear and blackberry bushes are considered noxious weeds in many areas of Australia and the Scotch thistle proved itself to be an invasive plant, growing in and taking over the south-eastern coastline of the country.

Since plant destruction and farming practices destroyed many native species, soil erosion became a problem after the British began to settle the country. Overgrazing also led to many plant species being destroyed or decimated as well. Soil compaction, the change in soil salinity and waterway pollution caused by agricultural practices introduced to the country has lead to the further evolution of the flora of Australia.

The Impact of Introduced Species

Since the migration of Europeans to Australia, over 27,000 different plant species were introduced to the continent. These introduced species outnumber the number of species that exist in the country, which is approximately 24,000. Many of the introduced species of flora have proved themselves to be invasive and have done their part to wipe out native species by overcrowding their habitat. Some of these plants are now considered weeds and approximately 10 percent of the invasive flora species have established themselves, meaning they now thrive in the wild.

It can take some time before introduced species of plants are identified as invasive or as weeds. For tree plants, it can take hundreds of years for them to cause problems after they are introduced into an area. However, with annual plants, some became problems only 10 years after their introduction onto the continent. Four known native species have were destroyed by invasive flora choking them out and another 57 are considered to be in danger of extinction.

Some plants introduced to the continent as crops, including wheat and barley, have never established themselves and need to be sown every year in order to grow successfully. However, horticulture in Australia has introduced more invasive species of plants than any other activity on the continent. Some exotic species that have been imported to decorate houses and gardens have found there way into the countryside and have depleted the soil and choked out native species.

According to the Australian government, there are approximately 20,000 different types of vascular plants and 7,700 non-vascular plants growing in Australia. These plants include living fossils such as the grass tree and cycad palm. They also include a wide variety of wild-flowers, of which the kangaroo paws is one of the most prevalent throughout the country. 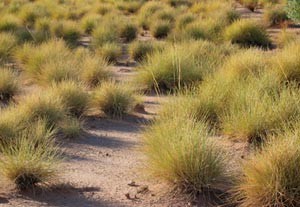 Conservation efforts are being made to help Australia’s native flora to survive the invasion by introduced species. Ridding the countryside of invasive species costs the country over $3.5 billion each year, not to mention the damage done to native plants. Australia has a vast array of native species that have evolved over the centuries, but imported plant species can quickly decimate those native plants.

Over the centuries, many beautiful plants, flowers and trees have evolved on the Australian continent, giving the country a very diverse range of flora. With the efforts of the government and preservation groups, the native flora of Australia will continue to thrive.

Useful links:
Australia: The Land Where the Wild-flowers Really Grow
Planting the Seeds of a Healthy Environment
http://www.environment.gov.au/
http://www.dfat.gov.au/facts/flora_and_fauna.html